!All about the olive tree

Olive is a branch of flowering plants, a separate petal plant, and belongs to the olive family. Olive is an evergreen plant with a long life, which can be considered as an eternal tree, and if the main trunk of this tree is destroyed, it continues its new life with the growth of branches.

Olives are compatible with Mediterranean and sub-Mediterranean climates. Olives will perform best in areas that have mild winters and long, hot, dry summers. Olive is sensitive to severe frosts, but this temperature varies during the growth period of the plant, young plants tolerate up to -9 degrees Celsius and older trees tolerate up to -12 degrees Celsius.
Olive grows and develops well in areas with annual rainfall between 500 and 800 mm and produces an acceptable product. The high amount of moisture provides the attack of fungal and bacterial diseases, therefore it should be avoided to plant it by the sea.

Hail rain damages the branches and branches of trees. Light winds are beneficial for olive trees, as olives are pollinated by the wind.

It is alkaline and from the heavy humus, watery soils and pH soils, the olive tree requires deep clay-sandy, permeable and calcareous soil with a high static level of water that creates a waterlogged state, it is elusive and has relative resistance to soil salinity. . The best soil for olive cultivation is loamy and sedimentary soils along rivers and well-drained lands.

The growth of the olive tree:

Olive trees are propagated in different ways, such as seed planting, cuttings, branch laying, and seed grafting.
Among the various methods of reproduction, they mostly use seed planting to prepare the base and transplant and wooden or semi-wooden cuttings. Creating an olive garden:
Before planting the olive tree, the following operations are performed on the ground:
– Land surveying and surveying
– Leveling and cleaning the ground
– Deep plowing and installation of irrigation system and digging channels
– Determining planting density and digging holes
– Planting seedlings and training for the first three years after planting in the fall of the year before planting the tree in the main place, two or three years after planting seeds or cuttings, the seedlings should be removed from the treasury and they should be in a groove of 1 to 2 cm. Selection / 30 to 40 cm deep vertically under the soil. To plant an olive tree, you need seedlings with a diameter of 5. Because experience has proven that the trees obtained from this type of seedlings give better results in terms of exploitation.
One year after planting the olive tree in the original location, i.e. if the weather is not too cold, they prune in winter and otherwise from the second half of March. In 25 cm of the upper end of this stem, 3 to 5 strong lateral branches are selected, the rest are removed. Despite the great resistance that the olive tree shows to dehydration, in places with dry and hot summer, in order to harvest the maximum yield and prepare high-quality fruit, irrigation is required. It is definitely necessary.
Nitrogen fertilizers have a great effect on the size of the fruit and the yield of olives, for this reason, it is necessary to give some animal and chemical nitrogen fertilizers to the tree every year.

Olive is an evergreen tree with the scientific name olea europaea and belongs to the oleaceae family and is one of the oldest plants in the Mediterranean region and especially in the Middle East, and the inhabitants of the border areas of the Mediterranean Sea and the Middle East and Iran have been familiar with this tree for more than thousands of years and over time With the advancement of science and technology, they use it in terms of food and medicine, and currently, the production, purchase and sale of olive oil and other products in the economy of major producing countries such as Spain, Italy, France, Greece, Tunisia and Turkey play a big role and in our country it is several thousand years old and is still cultivated in most provinces of the country. Olives are cultivated in most of the provinces of the country, and the area under cultivation is about one hundred thousand hectares in the country, and olive cultivation has been done in 12 cities in the province, and by the end of 2018, about 1500 hectares of the province’s lands have been dedicated to olive cultivation. found

Olive is a semi-tropical plant and can be planted in areas where there is no risk of severe winter frosts. It is always green and its leaves fall every 2 to 4 years, while young leaves appear on the branch every year. The leaves are dark green on each other and their dimensions are different in different varieties. The color of the upper surface of the leaves is dark green and covered with a layer of waxy tissue, and there are silvery star hairs on the lower surface, the above two factors reduce moisture evaporation and increase resistance. They are against dryness and heat. Olive flowers usually bloom later than the flowers of other fruit trees. The flowers are clustered, and each cluster is formed from a cluster of flowers and has 8 to 25 flowers. The color of the flowers is pearly white and has four petals and four sepals, 2 stamens, and 2 stamens. There are two types of flowers. Complete flowers that have male and female organs and incomplete flowers that only have male organs, the number of flowers is extremely high, and if 1 to 3% of the flowers turn into fruits, the harvest will be suitable and economical. Pollination is done by wind and insects. The incompatibility of pollen with female is one of the most important known factors of infertility in olives.

The olive fruit is fleshy and pitted, which can be seen in different varieties in the form of round, oval, spherical, long, pointed and curved on one side. The weight of the fruit varies from one to twelve grams. Shaft olive fruit, the skin is smooth and shiny, the flesh is soft and very bitter, and the color of the flesh is green at first, which eventually changes color to purple. The meat is usually attached to the core. The core part of the fruit is woody and its pulp is fleshy 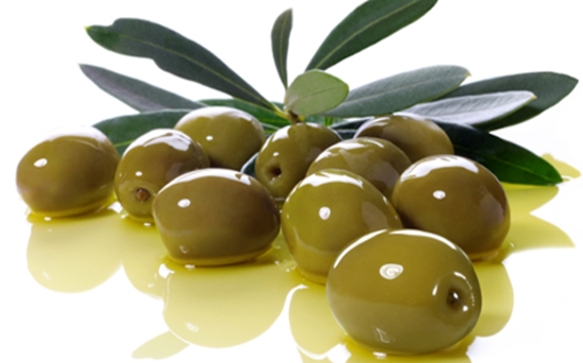 The most important olive cultivars in the country, which are divided into domestic and foreign cultivars, are as follows:

The increase of olives:

The production of olive seedlings is done in both sexual and asexual ways. Seedling production is done sexually by planting seeds and grafting using superior cultivars. Asexual propagation is done by cuttings of semi-woody cuttings and division, which according to the development plan of olive orchards in the country requires a large number of seedlings. The heating bases and plastic cover are rooted and then distributed in the waiting greenhouses after reaching the appropriate size in the form of pots at the appropriate time.

Temperature: Olives will have the best performance and the best quality in areas that have mild winters and hot, dry and long summers. In these conditions, the fruits can ripen. Olive is a semi-tropical tree, so it is sensitive to severe frosts. The temperature of this sensitivity differs in different periods of plant growth. If the air temperature gradually decreases during the resting period of the plant, even if it reaches -13 degrees Celsius, the damage to the tree will not be significant, but if the temperature suddenly decreases at the same time, it may lead to the destruction of the plant. Also, the fruiting branches of the tree may be destroyed at a temperature of -5 degrees Celsius.

Light: Satisfying and economic production of olives is obtained in areas that have more than 1,500 hours of sunshine per year. In areas with low light, the vegetative growth of the tree is higher and the branches are sunk into each other, reducing the production of the product.

Soil: The olive tree usually produces in most soils, but the best soil for olive cultivation is light clay, sandy soil with sufficient and deep drainage, and the best pH for the olive tree is in the range of 7-8.

Water: Olive is known as a low-expectation and drought-resistant plant, but a reliable and economical product can be obtained if 4000 cubic meters of water are provided for each hectare of olives. It reaches up to 6000 cubic meters. Rainfed olive cultivation will also be practical in areas that have between 400 and 600 mm of annual rainfall with proper distribution.

It is possible to plant olive seedlings in the province from November to April. In areas with mild winters, it is better to plant trees earlier, and in colder areas, planting should be done after the cold has passed. The density and distance of planting olive trees in the province is usually 8 x 7, which can be planted up to 6 x 5, but a distance less than this causes the branches of the adjacent trees to get tangled and reduces the yield. Common planting methods include square planting method, rectangular planting method, and rhombus planting method, which in most provinces is square planting method. Before planting, it is necessary to determine the exact location of the holes and make the hole deep, at least 0.7 x 7.7 0 x 0.7 meters should be dug and the agricultural soil should be covered with rotten manure and in case of soil test and the recommendation of the laboratory, it should be mixed with chemical fertilizers recommended by the laboratory, and then the seedlings should be planted and immediately irrigated and if possible by a gardener. Seedlings should be fixed.

With proper pruning, you can give the tree a suitable shape and create a balanced balance between vegetative and reproductive growth, and provide maximum fruiting and lack of aging and finally delay the aging and death of the tree. In performing pruning, you should pay attention to the different stages of the tree’s life. The appearance of olive seedlings should be grown as a single trunk in the nursery, and after being transferred to the main land, it should be shaped. It is recommended to grow olives as a single trunk and maintain the distance between the trees, because experience has shown that the fruits produced on On the branches of the outer crown, they are bigger and have more oil.

Among the important olive pests that have been identified in Iran are black olive weevil, olive leaf-eating (bud-eating) moth, olive wood-eating moth, olive gall mite, and recently the olive fruit fly, which has spread rapidly in several provinces of the country and is necessary to prevent Its spread led to the transfer of healthy seedlings with health certificates from other provinces. Among the important diseases of olives, we can mention verticillium wilt of olives, peacock spot disease of olives, and rotting diseases of rooted cuttings and young olive seedlings. 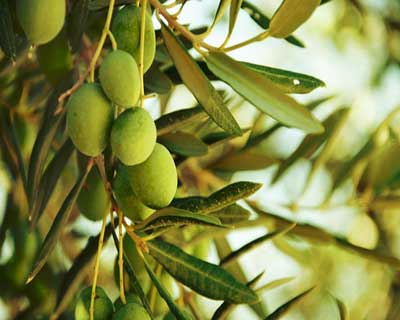 Back to list
Older Which is good and bad olive?

Create an Account
Sidebar
Start typing to see products you are looking for.